I am using Mike's football game as an excuse to update.  My new schedule at school juxtaposed with Liam's nap boycott does not leave a lot of free time.  We had a fantastic summer that flew by in a blink.  We rented a beach house, went camping, and had all sorts of adventures.  I became a little more comfortable with myself and tried some new things.  Here are a few summer highlights:

We rented a beach house in Jamestown.  From our window, we were able to watch America's Cup, Tall Ships, and fireworks.  It took Liam three days to notice there was not a TV in the house.  It was beyond nice to relax and unwind for a week.  Hopefully, it will become a new tradition. 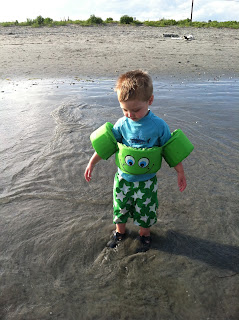 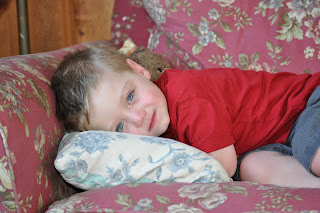 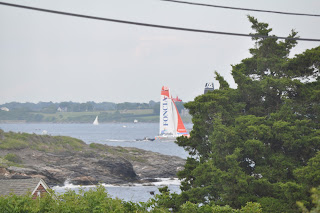 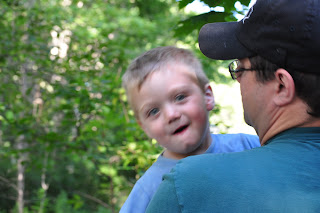 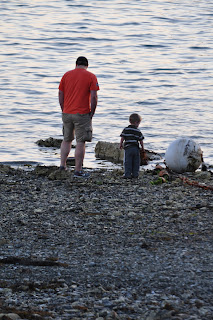 We took Liam on another camping trip in Maine.  My folks used to take Kristy and I to Acadia when we were kids.  It seems fitting that we take Liam camping there.  He loved it more this year.

I made "mom" friends.  I was driving myself silly trying to actually have a social life.  Being one of the only ones in my group with a child is very lonely.  After too many times of whining and crying to Mike about it, I decided to actually do something about it.  I joined a mom's group and made a few friends.  I also asked some of Mike's co worker's wives to get together.  They are a great group.  We had almost weekly play dates over the summer.  Liam loves his new friends.

I made time for me.  Thanks to Kindle, I always have something to read.   This year, I've read 33 books.  I forgot how nice it is to lose myself in a book.  I also started working out again.  It finally happened: I hit my "Oh, poo, how did I get this big?" weight.  Other friends joined Weight Watchers, went to personal trainers, and other such comradely filled health endeavours.  I can barely make it the gym with my schedule.  Liam hates his jogging stroller.   I feared running into people I hadn't seen in awhile.  Somehow, I managed to get fifteen pounds above my pre-pregnancy weight.  Mike and I ordered a treadmill and take turns running on it.  In the past month, I've lost six pounds and I'm within nine pounds of my pre-pregnancy weight.  Since Liam is almost three, I can not use him as an excuse.  I feel better and I'm just starting to see the results.  My goal is fifteen more pounds for now.
Posted by Kerri at 9:17 PM No comments:

Kerri
I love being home with Liam and enjoying watching him grow up before my eyes. I am very lucky to be married to my best friend.