Looking for "My People" 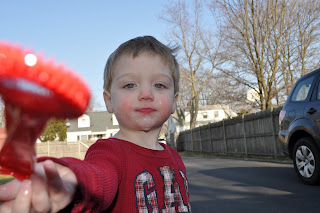 In The Catcher in the Rye, Holden remarks that he enjoys the Museum of Natural History because it never changes.  As I introduce Holden to a new generation of teenagers, it becomes clear that Catcher is my Museum of Natural History.  Holden and I have been friends for over twenty years.  He spend time with me when I was a high school student, college student, student teacher, and expectant mother.  I considered naming my son after him.  His creator, JD Salinger, died the day my induction was scheduled, signifying the ultimate end of my teen angst.

Something I discuss with my sophomores is the changing dynamic of friendships beginning in adolescence.  For Liam, making friends is beyond easy.  All he needs is a ball, some crackers, or an Elmo shirt and some other toddler has an instand starting point for friendship.  By our teenage years, it is not that easy.  by adulthood, the road to friends is even more difficult to navigate.

Like many other things regarding parenthood, I was niave in thinking that a child would not change the friendships I have among my childless friends.  We would still be included in get togethers, gym dates, and other fun activities.  When Liam was two weeks old and we were yet to see many of our friends, reality set in.  We now see most of our childless friends two to three times a year.  Some we see even less than that.   An email I sent to two friends about trying to get together for brunch went unanswered.  The promise to get together "soon" band aids the fact that we are all growing apart.  It isn't anybody's fault; it's just the way it is.

When I was on Facebook, a friend of mind complained endlessly about her weekends not being hers.  Her family took over her weekends.  For Mike, Liam and I, we have the opposite problem.  On Thursday, Mike or I will check the weather forcast in what begins the panic known as "What the hell are we going to do this weekend?"  Friday at 3:00 starts sixty-four open hours with nothing to do.  Sometimes, we have a project around the house that will eat part of Saturday.  We weed the lawn, get to the cleaning we didn't do during the week, or some other project.  We try to plan at least one outing for Liam: zoo, aquarium, park, feeding the ducks in Wickford, ect.  Our weekends are relaxing, quiet, and 100% ours. 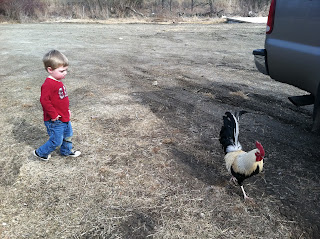 Then came the seemingly simple task of finding new people to hang out with.  We've made plans with the people Mike works with a few times.  They are very nice and welcoming.  Mike has gone out with the two guys a few times.  I am glad he's made good friends.  He has his R/C airplane club.  The are older gentlemen but at least they get togehter to fly or talk planes.  He still gets together with his friends a lot more than I do with mine.

This left me.  I haven't really had to make friends in years.  In Rhode Island form, I kept running into the same girl everywhere: Lowe's, the hair salon, Trader Joe's.  She had a son a little younger than Liam.  Because they are toddler boys, they needed nothing more to create a friendship.  We finally exchanged numbers.  She called me four times a day until I started intentionally declining her calls.  She was as desperate as I am for mother companionship I guess.  She scared me off.  There are a few mothers in Liam's daycare and in the neighborhood that have suggested playdates but I am too scared that right now; if the playdates didn't work out, things would be awkward forever.  I signed up for playgroups and music classes to relieve Liam of his awkward only child stigma.  Upon walking through the parking lot to the first music class, panic hit me as I realized, too, would have to make friends.   Some of the other moms were super hippy organic moms and others let their kids run wild in the playplace while they drank coffee and talked.  I made small talk with a few nice moms but never connected well enough to take it to the next "Hey, can I call you?" step.  Sometimes,  moms were elliminated on looks alone.  Liam made friends with a boy at the pediatrician's office.  His mother was about my age and nice enough.  Here's the catch: she was in her mid thirties, wearing a matching Victoria's Secret Pink tracksuit, and drinking a fruit Coolada with whipped cream at a doctor's office.  I may not feed Liam the best food all the time, but I don't bring evidence of it to his doctor, much less with whipped cream on top.  When I told Mike about her during a conversation about friend making in our thirties he replied, "Yeah, she's not our people."

I feel like I'm back in the dating scene again.  Playing the field and feeling things out.   It's awkward and nerve wracking.   Recently, I befriended a girl at the local playground.  Her son is three months younger then Liam.  They played well.  She was attentive but not hoovering over her son.  We made great conversation.  Upon leaving, we exchanged addresses and expressed inteterest in getting together again.  She lives on the main side road in our neighborhood and I pass her house a few times a week going to the market.  I have been overthinking all of this the same way I would stare at a piece of paper with a number on it back when I was single.  How to play it?  Beause I know that sometimes I am still not wearing a bra at one in the afternoon sometimes when I am home over the summer, I feel stopping by randomly would be awkward in case she was having a me moment.  Do I leave a note with my number when I notice there are no cars in the driveway? I am going to stick to walking the neighborhood and going to the park in hopes of running into them again.

With summer vacation seven weeks away, I am starting to panic about how Liam and I are going to pass our days.  Why can't friend making in your thirties be as easy as it is for toddlers?  If only a ball and a bag of animal crackers were still the best conversation starters...
Posted by Kerri at 8:49 PM 1 comment:

Kerri
I love being home with Liam and enjoying watching him grow up before my eyes. I am very lucky to be married to my best friend.